Time for a Director of Football at Manchester United?

There are times in everyone's life when in the midst of revelry with someone we love, a sobering thought intrudes in our mind that this won't last forever, the Germans call it a Hintergendanken.  If you're a Manchester United fan you'll know exactly what I'm talking about.  It occasionally sprung to mind during the Sir Alex Ferguson years, an uncomfortable thought and with Zen discipline the thought was quickly banished for another day.  When that day finally came 16 months ago, most United fans expected a difficult transition but nobody expected this.

The ingredients of success are many and sustained success never happens by accident, the same is also true of sustained failure, some thing hasn't gone wrong, many things have gone wrong.  When we see United as we see them today and we ask how, the truth is, there are many architects and one of them is Fergie himself.  To begin you'll need to go back to 2009 for that's where I believe it began.

There have been many accolades bestowed on Ferguson and one of them has been attention to detail, he knew everything about the club and he was given complete autonomy to run this massive conglomerate as he wished. A solipsistic genius who brought success on a level that will never be seen again. He delegated but his shadow loomed over everything, nothing happened without his say so.  One of the first things he overhauled at the club was the youth academy, academy graduates where central to United's identity and it was woefully underperforming.  His transformation of the academy was as good as anything he achieved at the club, he had the unequivocal trust of the board and had the unique position of job security with the ability to plan for years ahead which he did with such refulgence.

Even with Sir Alex's trust in youth he was never afraid to spend big, in his early years he had an inimical relationship with the then owner Martin Edwards typically over money and how much of it he had to spend.  He would routinely break transfer records for players which made his apostasy in his latter years all the more bizarre. When painting a picture of Ferguson you're talking about a winner who was in control over every aspect of the club, always looking to the future, that is until you look at his last 4 years at the club and when you do, parsimony springs to mind.

In the summer of 2009, Cristiano Ronaldo signed for Real Madrid. The deal had been agreed a year before and according to the Real Madrid president at the time Ramon Calderon, the contracts where all signed in December to ratify the deal.  Looking back, I wonder if something died in Ferguson when that deal went through.  6 months after the deal was confirmed the club signed Michael Owen on a free transfer after claiming there was no value in the market.  A market that United had manipulated themselves, a market that United knew they would overpay once clubs they announced they had just received 80m. It is no coincidence to me that in 2009 there was a major economical depression and the fact that United had asked for every single penny of that 80m up front in cash suggests there was an urgent need for it.  Madrid would have willingly sold them Sneijder or Robben, one of whom he tried to sign before and another who would be pursued with great vigor, both would have improved United greatly, both where needed.  They could have signed Karim Benzema, supposedly they where willing to go to 30m, not 35m, why not?  What's 5m when you've just sold arguably the best player in the world for a world record fee? Something wasn't right.

It would be just 12 months later when Wayne Rooney questioned the clubs ambition, a position that many United fans shared at the time but viewed as the ultimate act of perfidy by Sir Alex, a deed he would never forget.  Rooney would subsequently rescind his concerns when he secured a better contract, it was that which irked the ire of the fans rather than his initial concerns, he was saying everything they wanted to say, he had a point.  A point that remained up until the managers retirement.

There are many incidents over the last 4 years that point towards a policy shift of dealing with the right here and right now rather than the future.  I firmly believe that had Sergio Aguero put that last minute winner wide we would have been dealing with the retirement 12 months earlier.  When the clubs French scout spotted Paul Pogba the message was "he's the best talent I've ever seen", he was signed and instantly impressed.  Yet perhaps no more greater example of the here and now policy was Paul Scholes coming out of retirement which ironically would cost the club the services of the best young midfielder in the world, a position that United where so woefully short in.  There is no way that would have happened in Fergie's prime and I refuse to believe that a man who managed to convince Cristiano Ronaldo to turn down Real Madrid for 2 years could not convince Paul Pogba to stay if he had of really wanted.

The here and now policy suited the owners, it greatly reduced spending and risk however that short term thinking and United's antiquated structure is what's costing the club today.  I say structure because one of the negative side effects of having a manager so long is the fact that United's recruitment is stuck in a previous era.  Since they have not had to deal with rotating mangers like other clubs have been doing for years now, recruitment has always been strictly a managers decision.  This policy is exactly the reason why no replacements where brought in for Rio Ferdinand and Nemanja Vidic.  Once confidence was lost in David Moyes and he was sacked then it became the responsibility of the next manager to identify who their replacements would be.  Prior to Louis van Gaal going to the World Cup he had to give his final seal of approval to the Luke Shaw and Ander Herrera deals, at Bayern or Barcelona he would have been told rather than asked.

With van Gaal not even setting foot inside Manchester until mid July, then admitting that he needed a few weeks to assess what he had before making a decision, this only exasperated an already desperate situation. Well anyone with a brain and a set of eyes could have saved him the trouble with Tyler Blackett and Michael Keane, neither of whom are United standard.  With slightly more than 2 weeks to go in the window United still had not signed a single central defender despite having lost 2 of the best and most experienced defenders in the game.  They needed someone like a Mats Hummels, well those deals aren't done in 2 weeks. No way this would have happened at another one of Europe's top clubs.  When I sat with Ed Woodward in the summer in LA, he explained to me that his job is easy, he just waits on direction from the manager on who he signs.  Whilst it's obviously a gross oversimplification, the point remains. 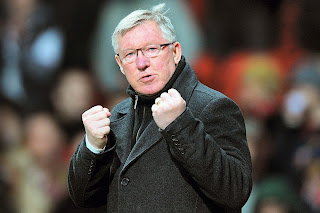 Manchester United will never see the likes of Sir Alex Ferguson again, they have now entered the world of rotating managers and will need to adjust accordingly.  Other clubs that have been doing this for years have football people inside the club recruiting whether the manager is there or not.  This is exactly what United have to do, if they did, the debacle we saw last season would not have happened and in the space of 12 months we would not have gone from needing to fix a weak midfield to needing to address everywhere but a goalkeeper. As much as you may hate to admit it, Chelsea have prepared for where there are for the last few years.  When they saw FFP coming, they went out and signed some terrific young talents and as a result have been able to either sell them for big money such as Lukaku or bring them back such as Courtouis and save them millions.  Chelsea can now sell Peter Cech for a handsome sum, they sold David Luiz and bought Kurt Zouma 6 months before, they didn't do it the other way around.

So today we find ourselves as United fans experiencing a lot of firsts.  This summer was unlike any other, 6 players where signed, none of whom where cheap.  In 26 years it could be argued that Sir Alex Ferguson signed 1 player at the top of the market, a true global superstar in his prime, 2 of them came to Old Trafford in 2 weeks.  The one thing we do know, this spending is not sustainable and our owners have no intentions of ever doing it again.  It will be interesting to see how long before the Glazers blink, if United aren't back in the Champions League this summer we will have some very nervy owners.  Lessons must be learned, least of all the improvident thinking that permeated Old Trafford upon the managers retirement.  I believe not employing a Director of Football after dismissal of Moyes was an opportunity lost, van Gaal is used to them and most likely would have been fine with it.  It's too late now for this manager but it must be a serious consideration when the managers reign comes to an end. Mind you, I have a Hintergedanken that if Champions League football is not back at OT by next season then a Director of Football will be the least of the Glazers problems.
Posted by Unknown at 10:36 PM